In 1472, Portuguese explorers led by Fernando Pô arrived the coast of Cameroon. They reached Douala through the Wouri River. They gave it the name “Rio dos Camarões (the River of Prawns). Eventually, the country was named Cameroon.

From July of 1884, all of present-day Cameroon and parts of several of its neighbors became a German colony, Kamerun, with a capital first at Buea and later at Yaoundé. After WW1, the territory of Cameroon was divided into 2 colonies by the French and the English government. This lasted until the wave of independence in the 1960’s. Both territories were reunited in 1972.  Cameroon does not celebrate an Independence Day but a reunification day on May 20th every year.

Cameroon is called “Africa in Miniature” because of its geographical and cultural diversity. It is often said that if you haven’t been to Cameroon you haven’t been to Africa because of the diversity of all of Africa within its borders. It has varied terrain — volcanoes, beaches, rainforests, and rocky mountain ranges — as well as a diversity of culture, including Christians, Muslims, pygmies, ancient chiefdoms, and modern cities sharing its 475,000 square kilometers.  There are about 230 spoken languages spoken in Cameroon including French and English.

My name is Che Siewe Achuo and having lived in the USA and in Cameroon, Africa shaped my world view. We all are deserving of God’s gifts. Educated in Cameroon and at the University of Western Michigan, I pursued my passion for Information Technology while in college. Married and father of four, I  am dedicated to making a difference in the lives of those I encounter. I hope to bring transparency in leadership of the Foundation’s activities in Africa.

Born in Cameroon and educated in Strasbourg, France, and Newcastle-upon-Tyne, Great Britain, Lucy is an accomplished translator and former marketing executive for brewery and airline companies in Cameroon. She is a former regional tennis champ and a passionate choir mistress. She is a mother to three and very enthusiastic about serving the less fortunate as a former member of Lions Club, Cameroon chapter.

My name is Evaristus Ghah Pono Landong.  I reside in Bonaberi, Doula. I am a senior tax accountant, presently working as managing director of Iva Global Service Sarl, providing POS solutions, accounting/tax-related services to small and medium-sized enterprises. My goal in life is to keep achieving sustainable growth in my business endeavors to able to support my family and surrounding communities. I am an avid football fan.

SMART Bilingual and Nursery Primary school was started in Babenga, littoral region of Cameroon in 2019 to accommodate the influx of internally displaced persons(IDPs) from the North west and Southwest regions due to the ongoing Anglophone crisis in Cameroon. The current school enrollment is about 400 students and that includes a nursery section and primary school within the same complex. In addition to the standard government issued curriculum, the staff encourages students to practice extracurricular activities such as farming and sports activities. The students boast of their own farm which they nurture and are very proud of.

We have partnered with the SMART Bilingual Nursery and Primary School via our Cameroon Chapter.  We are committed to assisting the students and families at the school year-round.  The students of SMART Bilingual Nursery and Primary School are determined to do their best to accomplish their dreams as they complete each grade level successfully.
READ MORE 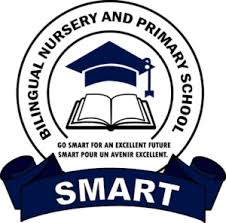 HOW CAN YOU HELP?

Join our newsletter for the latest news and resources.